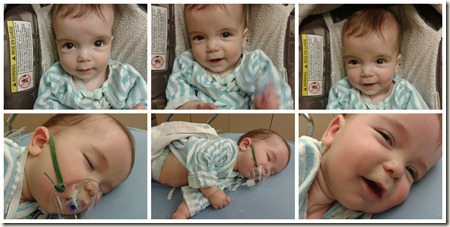 In June of 2011 when Isaac was born, he had his first MRI at a week old and a second at 2 weeks old. He’d had some rapid head growth and a few other concerns that warranted these tests, along with others. The MRI revealed that baby Isaac had had a stroke and that he also had swelling around the ventricles on the center of his brain, likely due to his severe hypoglycemia.

Fall of 2011 Isaac’s Isaac’s head began growing at a rapidly alarming rate again. An MRI was done in January 2012 to look for excess fluid, or swelling. Nothing abnormal was found, though some scar tissue has formed where the swelling had been previously. Over the past year, the rate of growth has returned to normal, for which we are thankful!

Summer of 2012 Isaac began having focal and grand mal seizures. After seeing neurology again, they booked us in for another MRI to see if there have been any changes to Isaac’s brain from previously. We had another MRI last month. We don’t actually meet with neurology until May so we have yet another opportunity for practicing patience. 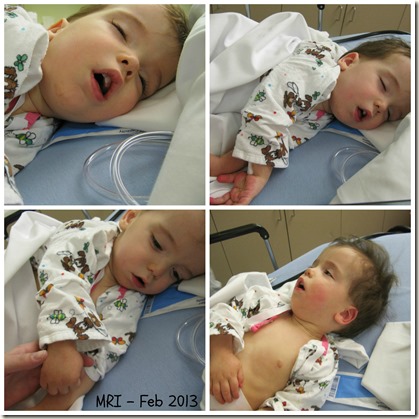 We did see nephrology last week after an ultrasound. In addition to his nephrocalcinosis, Isaac now has kidney stones. They two largest are 4mm and 6mm which may not sound all that big but that’s 1/2 a centimeter and he’s just little! They are hoping that he will pass them on his own, and that mommy will be able to collect one for analysis. They are unsure of why his body is making them. He is taking medication to help make the calcium more soluble however due to other issues, their medication options are limited. Please pray that he would pass the kidney stones naturally and with relatively little pain.

This little baby toddler {since he is 21 months}is so amazing. Through all his tests, appointments, therapies and struggles, he’s so sweet, good-natured and happy. What a little ray of sunshine he is!