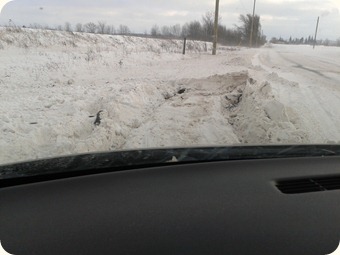 {being towed out backwards}

Maybe I’m the only one out of the loop on this but did you know you can buy used tires? And that they’re often really cheap?!?

Well, I didn’t! I was chatting with my brother-in-law the other day and he was telling me about that, and he was kind enough to share his super-secret source, which I in turn will share with you: Cainsville Tire Discounter. Apparently there are over 60 centers in Ontario! You can buy gently used tires for 25-35% of the cost of new!!

Now when I went in, there were no signs anywhere advertising that they sold used tires. But when I went to the counter and asked if I could have some ‘new used tires’ for my van, they looked at my current tires for the size and went in back to see what they had. I ended up getting four beautiful, like-new winter tires for about 1/3 the cost. I was delighted!!

So I wanted to share that with you in case you are like me and had no idea that used tires were even an option! Even if there isn’t a Tire Discounter near you, it might really pay off to call around and see if there is a used tire dealer in your area. 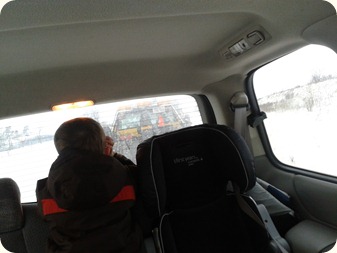 And a completely ironic side note: I ended up in the ditch on the way home after having just had the winter tires put on. Terrible winds on the fields made crazy snow drifts which in turn made the road impossible. Quite a few others in the ditch as well.  Praise the Lord, we were all safe, and I have a cell phone and a CAA membership for emergencies.  An hour later, the tow truck arrived but note to self – carry a rope in the van. I had so many kind people offer a tow if only I’d had a rope.

Have you ever ended up in the ditch? How long did you wait for a tow?