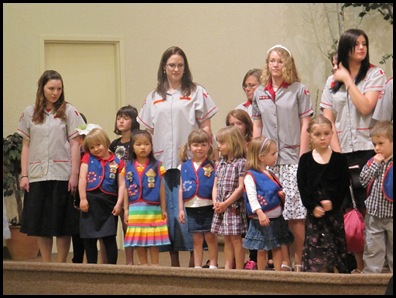 Our Awana Club wraps up early; the awards ceremony was last week. This was Chloe’s first year in Cubbies. She finished her first book, then since she is in Cubbies for two years, she reviewed her first book rather than moving on to the next book, as she will do that in the coming year. 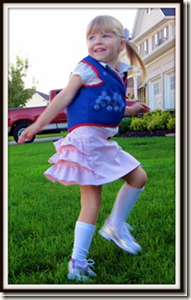 So when you finish your first book you earn a little Cubbie Bear that is sewn onto your vest. When you finish your second book, you earn the second book ribbon. Chloe’s friend, who is only in Cubbies for one year, completed both books this year (an impressive feat!) and thus earned both the first and second book award. Chloe was a little sad telling me, “Mommy, this is a bear. I wanted an award”. Poor little girl, next year!

I hope you enjoy this little video of the children singing their Cubbies Theme Song. My favorite part is the hopping!