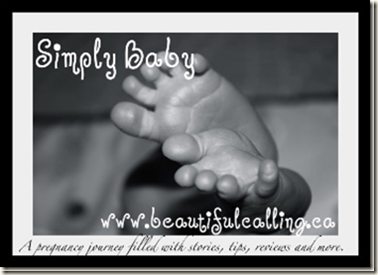 My sister had children quite a few years before me. After watching them all get attached to something {blanket, stuffed animal, quilt etc.} we decided to be a bit pro-active.

When I was expecting our first child, we talked about it and decided that our children would have small, square, lovey blankets; much more portable that the 3 foot tigger that someone I know became attached to! (It did go on vacation with them too!)

We found just the thing. A small 12” x 12” soft yellow blanket with a little embroidered duck on the corner. We named the blanket “Ducky” and bought three of them! Yes, you heard me…THREE! From the very first night she was was born, it was in her crib. When she was old enough to have it with her and hold it {and not suffocate herself!} we would give it to her at bedtime or naptime and tell her, “Here’s Ducky. Have a nice sleep” kind of thing. Four years later, Chloe still loves her Ducky. 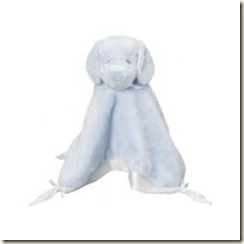 When I was expecting John, we found this adorable Douglas Blue Dog Lil Snuggler lovey and bought three of them. Again, putting it in with him from day one, John is now 2 1/2 and “Puppy” is his best friend.

When we were at Carter’s the other day, we picked up “Monkey” for Isaac, or should I say three of them! Sure it costs a bit more up front but you’ll save headaches later! 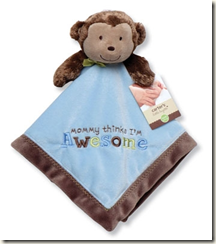 So deciding ahead of time what we could live with as a lovey really worked for us.

Because we had decided ahead of time what their lovey would be and introduced them to their loveys at birth, it also gives the advantage of being able to buy more than one. If you wait until they become attached to something on their own (which they probably will) you can’t necessarily run out and buy another one. Three was our magic number.  Purchasing 3 enabled us to have one for the vehicle, one for the bed and one backup. All have been in circulation so they look, smell and feel the same – this is an important thing to remember. Having multiple loveys also means that if one is in the wash, currently missing etc. it isn’t a household crisis.

From day one lovey {Ducky or Puppy} was for bed or van only but could come along somewhere in extenuating circumstances such as needles at the doctor. This has eliminated {for our family anyway} too much attachment since I didn’t want to battle with children being unable to go anywhere without their loveys. I don’t want to be keeping track of loveys in grocery stores and on walks!

Having a lovey helped us avoid bedtime battles too. We’ve always been very matter-of-fact about bedtimes. It’s sleep time. You have a hug, kiss, prayers etc. here is {Ducky, Puppy}. I’ll see you in the morning. We’ve never had much bedtime drama and I attribute that partially to routine and our attitude but also to the fact that they have their lovey.

Having a lovey seems to help them in stressful circumstances such as doctor visits. It’s a comfort thing and helped them rein in their emotions a bit. It really helps them to be calmer.

So these are some thoughts on loveys that worked for our family.

I’d love to hear what your child is attached to! 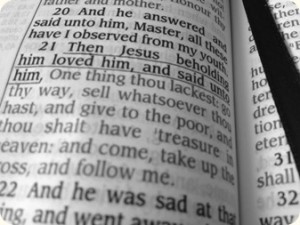