Every day is an adventure, but some days an extra special adventure comes along.

I’ve been wanting to go turbo tubing down the Grand River for a few years and this year we finally did it; my dad, my oldest two and Isaac.

I struggled with the decision of whether to bring Isaac with us on this particular adventure.

You know, he’s my special guy; non-verbal, severe intellectual disability, physical delays, and ADHD. He loves to be outside, he loves water and I was pretty sure he would have a blast, if I could get him to stay in the boat, that is.

The route is Glen Morris to Paris; a beautiful, scenic 11km stretch of water with 7 easy rapids. Grand River Rafting offers tethering so Isaac could have his boat tethered behind mine since he’s unable to paddle. I decided to take the risk and let him come along.

I’m so glad I brought him!

We tried giving him a paddle at the start, not because he could actually paddle but just for the experience of it, but he tried hitting people so he lost his paddling privileges.

I had brought along his two favourite foam blocks because they float and two small water guns, one to use and an extra for when he loses the first one.

He spent the first few minutes of the trip tipping himself out of the boat into the shallow water. It was rather tricky getting him back in and we were both soaked but it was warm out and we were in bathing suits so that wasn’t an issue really. Finally he settled in and enjoyed the tow, shooting me with his water gun and shooting anyone else in range.

My crazy boy enjoyed soaking his head or kicking his feet in the water, sometimes doing both at once. He kept himself busy and entertained.

Then the inevitable happened. He was so close to falling out so many times but at this point he leaned too far over the back and fell in.

Under the water he went and came up looking shocked. He wasn’t sure how he was supposed to react but, after seeing me laugh, he laughed too.

I left him float, bob and swim along with us in the gentle current for a while before hauling him back in the boat.

After the first set of rapids, he started squealing and clapping every time he saw us approaching whitewater. The rapids are so gentle you could hardly call them whitewater but they were perfect for him! Enough bouncing and bobbing but still gentle enough that I didn’t have to worry about him falling out. I did need to remind him to keep his head in the boat while going down them though.

The website says that it’s a 2-4 hour paddle depending on paddling and river flow rates. It ended up taking us just under 5 hours, including our lunch stop on an island en route.

It really was a perfect day. We all had so much fun.

My Plan for Next Time: 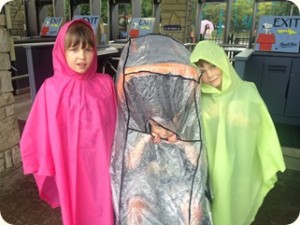 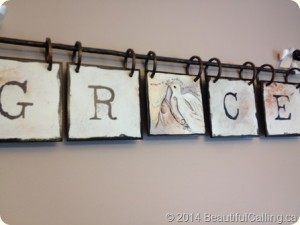