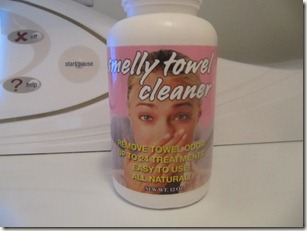 Yes, I am admitting to the world: I have smelly towels. Oh, our big fluffy bath towels don’t smell but lately I’ve noticed our kitchen linens have an odor to them even after being washed in cold, warm or hot. Maybe part of the problem is that I use unscented soap and don’t use fabric softener on towels because I read that it makes them less absorbent. Maybe it’s that they are often wet and sit in the laundry tub a day or two while waiting for their turn to be washed. Regardless of the reason, the kitchen linens are smelly and nothing seems to work.  {I should clarify that anything that stinks is thrown out. When I use the term smelly, I am simply talking about a noticeable odor not a stench}. Anyway, I had just accepted that we have smelly towels.

Then I received a sample of Smelly Towel for review from the makers of Smelly Washer. I immediately put it to good use!

It comes in a 12 oz container with a screw on cap. You simply add a capful to your wash. It is a pink powder (which I thought was pretty…though I suppose that is irrelevant) and has a light citrusy scent.  Initially, I did soak them and run the kitchen linens through the wash a second time to have Smelly Towel work satisfactorily but I will say that we don’t use paper towels so certain kitchen linens are specifically for absorbing bacon grease, blood off meat etc. We’re a pretty extreme example though. 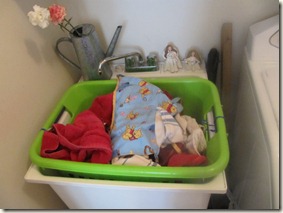 Smelly Towel wants to give one reader a bottle of their own! This is really awesome since it is NEW! 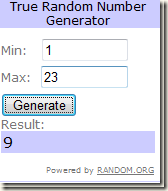 The Smelly Towel Winner is Jen Michouris from B.C.