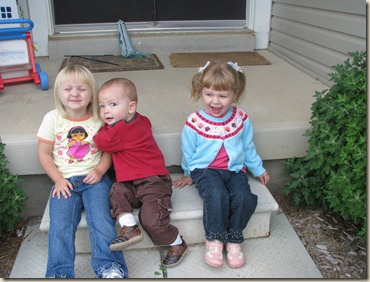 Ready to go! (Well, most of us. Not sure where John is going.)

We went to African Lion Safari in the morning on a cooler day. There was hardly anyone where and ALL the animals were active. We had monkeys climbing, lions and zebra wandering and an ostrich pecking at our window. It was pretty neat and we almost had the place to ourselves. It took us about 2 hours to drive through the animal reserve the first time. We then had lunch, took a train ride and visited some other exhibits. Before we left we did another drive through. It only took us about 1/2 hour that time. The girls are 2 and they LOVED it! 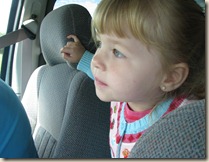 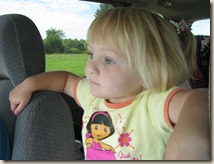 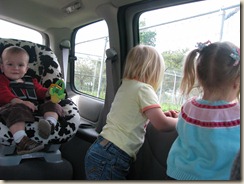 In my van we have one of the captain seats removed to make it easier to get the littles in and out. I have John and Chloe on the back bench and add an extra seat on the passenger side when Jaiden comes with us. I let them out of their seats to stand at the window and watch. It sure made it nice for them! 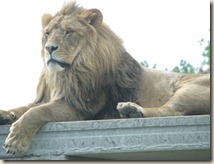 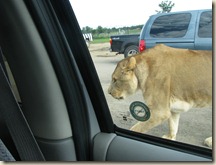 The Lions were walking around our van. I had to wait for one to move before we could drive away! 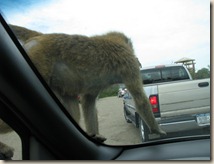 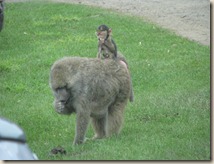 And of course the monkeys were leaping on our van. Lots of baby monkeys which impressed the girls! 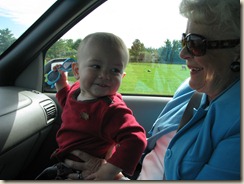 John escaped from his seat into Nana’s lap 🙂 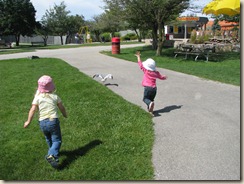 No matter where we go…Chloe always finds some poor seagull to chase! 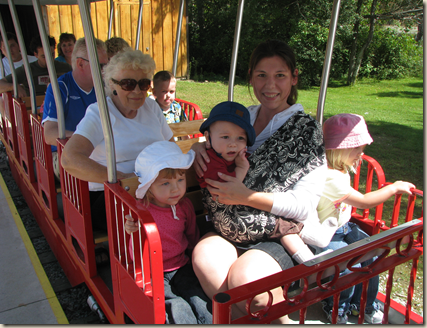 Well, don’t I have a big smile LOL. We crowded onto the seat for the picture but for the actual ride, Chloe moved back with Nana and Jaiden sat where Chloe was. They both had a fun ride. 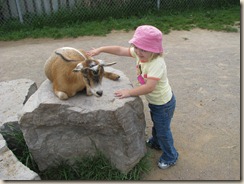 Jaiden took to the goats. Chloe doesn’t “yike dem much. 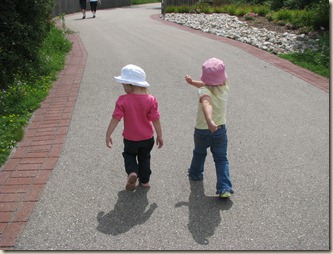 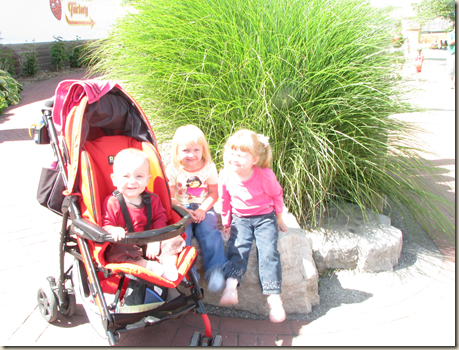 And with this picture, I had the camera on something other than auto. Being fairly camera-illiterate, I didn’t understand what was happening with my pictures. I love this photo though because it really captures the spirit of the day!

WordPress, Here I Am!