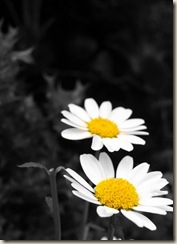 I woke up crying. Though I had been fairly early in my pregnancy and the baby hadn’t been that big, I still felt very empty. Emotionally and physically. Scott asked if I might like to go to this mall in a neighboring city, have lunch and visit the chocolate factory. I sent an email to friends, family and co-workers letting them know that we had lost the baby and then we went out. My first stop (and a foolish mistake) was returning the maternity clothing I had purchased the day before I started spotting. Going into the maternity store, I was suddenly faced with maternity clothing and pregnant ladies. I went to the cash, barely holding myself together. When the cashier asked me the reason for the return, I fell apart. Scott came and collected me from the store and held me while I cried. We did go out for lunch, went to the chocolate shop and then came home. I packed up the stroller that was set up in our dining room and put the other baby items strewn about into what would some day, Lord-willing, become the nursery.

Thanks to the D & C, I had some light spotting for a few days, and that was it. Physically, I recovered just fine and returned to work on Tuesday. I had planned to go back on Monday and just couldn’t do it. I did have to return on Tuesday as it was month end at work and there was a lot to do. I cried through the days. Not big gasping sobs but the tears constantly fell and I couldn’t stop them. Thankfully I worked with a great group of people and everyone was understanding.

I cried a lot, and talked a lot. I battled with extreme guilt. When pregnant, I worried a lot about the future of my child and whether or not I would be able to be a good mother. I had a lot going on at work and there was stress from that angle too. I had extreme morning sickness and didn’t eat that healthy, actually living on popsicles at one point. I ate a lot of chocolate. I went to work when I should have rested because of the spotting. Days after the miscarriage, I suddenly thought about the baby (‘products of conception’) that I had taken to the hospital with me and wondered what had happened to it. I battled with guilt for having not thought of my baby before then.  I analyzed all the choices I had made while pregnant and realized how many mistakes I had made. I was sure that each area I had failed in had caused the miscarriage.  Thankfully I had a wonderful woman who shared with me the false guilt that she had experienced after her miscarriage. She helped me to see the false guilt for what it was. There was another lady at work who had also experienced the same pain and loss. It was great to be able to share everything that had happened, and listen to her story as well.  I became obsessed with miscarriage. I think perhaps my husband thought that I had a problem but I have since learned that it can be a normal part of the grieving process. I checked out every book on it at the library and read them all. I read hundreds of personal stories and websites. One book in particular really spoke to me: In Gods Hands: Death in the Womb by Tricia Wellmaker Hanke. Her story is very personal, and honest. She talks about all the details, the guilt she battled and about God’s healing in her life. A few weeks after the D & C, my period returned for the first time. Scott and I went to a local gift store and bought a stuffed camel…Raggedy Camel from Raggedy Ann. Why? It was for the baby we would someday have. It was a symbol of hope for me. I also bought a little box and placed in it the ultrasound, my hospital bracelet, the cards I received, the letter I had written to Isaiah and the baby diaper that I was given at my first prenatal visit. I have that box open in front of me now as I type. All of these things helped make Isaiah more real to me and to help me grieve.

I was saved at a very young age but during my teen years, I wandered off and did my own thing. The Lord gently brought me back to him, but yet again, I wandered off, following my own agenda. I went to church but wasn’t overly concerned about making the Lord a part of my every day life. Then I lost Isaiah. I went to church that Sunday and encountered someone who hadn’t yet heard the news. She immediately asked how the baby was doing. I tried to handle it graciously because I knew she would feel horrible, but I couldn’t help it, I burst into tears. After that, I actually stopped going for a while. It didn’t matter so much because I was angry with God. I didn’t want to talk to Him or visit His house. Why would he give me a baby only to take it away? Was He punishing me for my mistakes? What kind of a God allowed this? Was I never going to have a baby? If I did pray during that time, it was only to let the Lord know that I was angry at Him. One evening my sister had to pop into our local Christian bookstore. I went with her. I didn’t bother to go over to the book section. I was wondering around in the giftware when I saw a small rectangular plaque with the verse, “Rejoice in every good thing that the Lord thy God has given you” found in Deuteronomy 26:11. The Lord just spoke to me then and told me that, though I didn’t understand it, Isaiah was a good thing in my life. He helped me to see that God was still my God whether I was angry at Him or not. He had promised never to leave me (Hebrews 13:5)! I came home that night and prayed. I asked the Lord to forgive me and help me with my anger. I asked Him to help me trust Him and His goodness. I made things right with God. Though I didn’t return to church right away, I spent daily time in the Word and in prayer. It wasn’t instantaneous but slowly the Lord began to help me heal. Through scripture He reminded me of His sovereign-ness and that He is in control. Though I didn’t perceive this event as a good thing, I began to trust that He could see the big picture and that He would use it to my good and for His glory if I would let him (Romans 8:28). God is love and everything He does is out of love for me! I named our baby Isaiah because it means “God is my Salvation”. I wrote the following on a piece of paper and taped it to the back of the plaque:

In memory of Isaiah: a good thing.

Having completed his God-given purpose before coming into this world, the Father called him Home

As I finish up telling my story, I think about how in some ways it seems so long ago and in other ways it seems like it just happened. It’s been three years and two beautiful children later and my heart still aches for Isaiah. However, my heart isn’t broken the way it was back then. It was pieced back together by a loving Savior. Next week I am excited to share with you the Good Things!

If you have a moment, please bow your head and pray for those who are hurting right now.