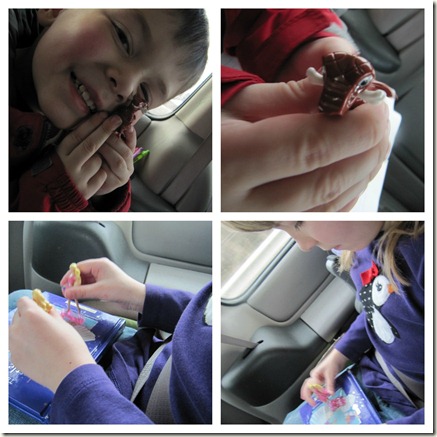 Last week we were packed into the van and all set to head up north with my parents. Road trip! We went to the mailbox before heading out and much to our surprise and delight, we received a box full of Kinder eggs! Let me tell you, our road trip was tastier with Kinder and a lot more fun! I love being a #KinderMom!

Hot Wheels and Barbie toys {whoo hoo} – having boys and a girl, we love both in our home. Chloe is about as girly as they come – just born that way. She loves Barbie. John, well, he’s all boy. That being said, the two often play together well. John will play Barbie with Chloe though generally it also involves dinosaurs or the like. On many occasions, I speak to John about being a little more gentle and remind Chloe that John is a boy. Boys don’t play ‘tea party’ quite the same way. Chloe will play cars, or army men with John, though it generally includes someone getting married. Where they absolutely come together? Chocolate! And where they really come together? Plotting to sneak upstairs and snitch Kinder Eggs while mama isn’t looking. {mama heaves a big sigh and rolls eyes}.

Kinder Canada has just launched their all new eggs for 2013!  The new toys are pretty neat. You can find a new Barbie or Hot Wheels toy in 1 of 3 eggs. Chloe was delighted when the first three eggs all had new Barbies for her to play with, making the hours of driving pass faster.

To kick off this amazing launch, our friends at KINDER® Canada will be giving away 40 (!) KINDER® Barbie™ Hot Wheels™ Prize Packs (exclusive to Facebook!) including Barbie™ and Hot Wheels™ toys as well as a pack of 24 KINDER® SURPRISE® eggs.

Starting January 10th, for four weeks, you can participate in the KINDER® Barbie™ Hot Wheels™ contest. It’s easy. Become a fan of Kinder Canada and follow the instructions on Facebook. If you manage to scoop up a prize, be sure and let me know!!! 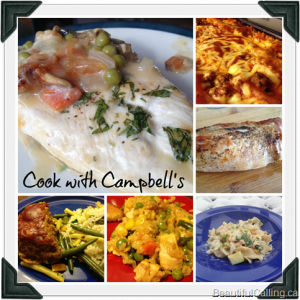